The Hooters are a rock band from Philadelphia, United States. Band has been active since 1980. Despite being active for almost 40 years now, they released only 6 studio albums and 1 EP. I hope that other fans of the band won’t fault me for saying that they released “only” 6 studio albums. All their songs are great, but one would hope that a band that’s been with us for as long as The Hooters have been, that we would see more albums. Then again, maybe if they would release albums more regularly their music would end up being more watered done. It’s a double edged sword wanting more music from your favorite bands.

What I especially like about The hooters is that they have toured extensively throughout US and Europe and I’m thankful for that to them. As a resident of the UK, it’s not easy to travel to their shows in America. Visiting their gigs in UK and elsewhere in Europe is much more feasible for me. Another thing that I like about the band is that they stuck together long enough to tour in the age of good quality video drones so that we can enjoy in concert footage of theirs recorded with one of these bad boys.

This website is made by one lone fan of The Hooters, as a tribute to this great band, whose avid fan I’ve been for over 20 years. Their music has really helped me through some bad times and I hope that other people will discover their music, to help them through their own bad times. On this website my plan is to post a bit about band history, their music & discography, news and updates, social updates, and last but not least, various media, like photos and concert footage that I like. 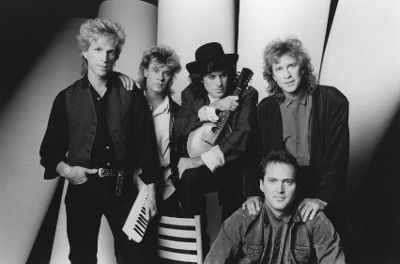 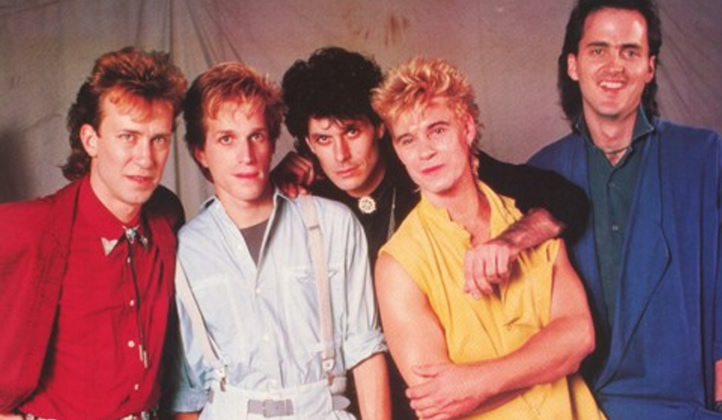 Music created by the band can best be described as a transcendental mix of rock, folk music, reggae and ska. Not a lot of good bands exist out there who dare to mix up these types of music and I have to say that “The Hooters” are doing a bang up job of it. Their earlier records is where the band was still searching their sound, their groove, so to speak. If you ask me it wasn’t until their first official album release, “Nervous Night” that the band sound has been cemented.

This video from a concert at Tower Theatre in Philadelphia, from 1986, is right about the time that the band was starting getting into its own. During those times there obviously weren’t any full HD camera, affordable video drones or anything like that, to capture a better recording. Video posted above is actually taken from a VHS, so quality isn’t all that great. Still this video allows us to see what the band looked like at their beginnings, when playing live. Sharing that kind of stuff is what we’re going to be focusing on here on the website.

Eric Bazilian was born in Philadelphia. His mother was a concert pianist so it’s no wonder that he started playing piano at the age of 5. In the band, Eric plays the guitar, but here is a multi-instrumentalist. His uncle was the one who taught him how to play the guitar at age 10. Eric is one of the founding members of the band, alongside Rob Hyman.

Robert Hyman plays the keyboards, accordion and melodica in the band. He also sings lead vocals next to Eric. Rob, Eric and the bands producer Rick Chertoff met at University of Pennsylvania where Rob earned a Bachelor of Science degree in biology. Rob played the piano since age 4 and he was in two bands before eventually forming The Hooters, “Wax” and “Baby Grand”.

One of the first members that Rob and Eric recruited after deciding to launch “The Hooters” was a drummer, David Uosikkinen. David actually started playing the trumpet at an early age but decided to switch to drums after trying to play drums on his neighbors set later on. His parents are Finnish immigrants and before “The Hooters” Dave played in “The Kooks”, “The Torpedoes” and several others.

Backing guitar, vocals, mandolin, dobro and keyboards, according to need, is what John Lilley plays in the band. He has been with “The Hooters” since 1983, after leaving his previous band, “The Heroes”, another popular Philadelphia band. John plays the guitar since 9 years old. He got his inspiration for music after watching “The Beatles” play on the Ed Sullivan Show.

Last but not least we’ve come to Mr. Smith. No, not agent Smith, it’s Mr. Fran Smith Jr, who plays the bass guitar. Fran is another musician in “The Hooters” who was influenced by “The Beatles”. He actually played as Paul McCartney in Beatlemania, the Broadway tribute to the great band. He released some solo albums as well, next to his gig with “The Hooters”, if you are interested. 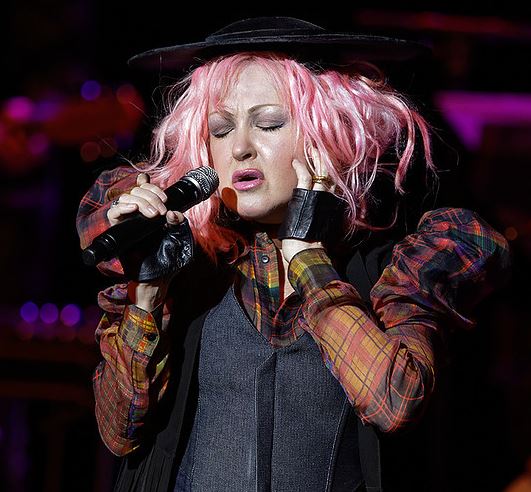 Just to show that “The Hooters” had a huge influence on todays music scene, I thought it would be a good idea to show just what kind of associated acts they had.

Starting with the biggest names, we have artists like Cindy Lauper and Joan Osborn. Band, Eric Bazilian to be more precise, actually wrote the famous “One of Us” song which was made popular by Joan Osborn. Many different performers have collaborated and continue to collaborate with our favorite band.

One thing that’s missing is a proper DVD release of a live concert, or maybe even something in higher quality. I mean there are plenty of cheap HD camera drones that can be used to capture decent quality footage. Hopefully we will see a good quality release of some sort in the near future.

“The Hooters” plan on playing a small tour of the US and Europe this summer, starting near the end of June in the New Jersey. A total of 15 shows are going to be played on the tour, 2 in the US and 13 across the pond. The band will cover the usual suspects, Norway, Germany and Switzerland. Keep in mind that the tour schedule can change as the band finds new venues or existing ones change. 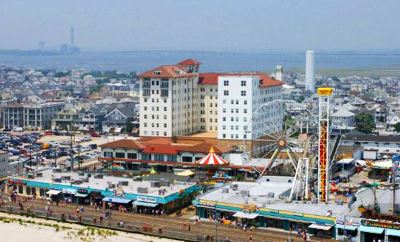 Band will start the summer tour by doing two gigs in the US first. They are going to be hitting up two locations in New Jersey, Ocean City to be more precise. After that they are switching to Europe. 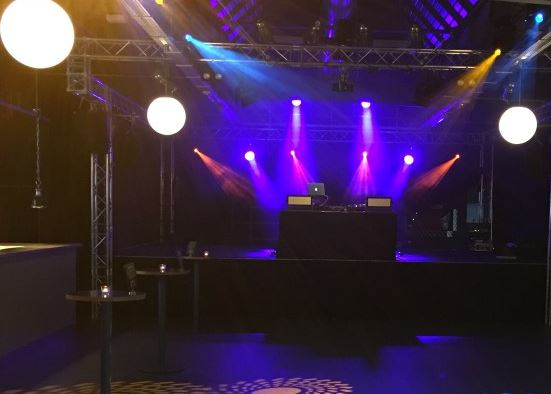 After doing two gigs in the US (which too small a number of gigs if you ask me) the band is moving to Europe, for the rest of the tour. They are going to play in Germany mostly, 11 locations in total. 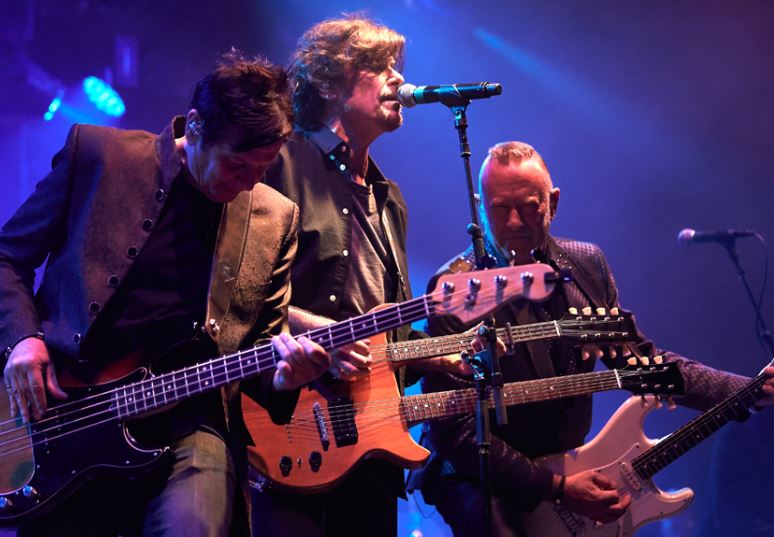 I've managed to stay with FitFlex 3 times a week, for over 6 months now, and I owe it all to the classes that make you fall in love with the process. 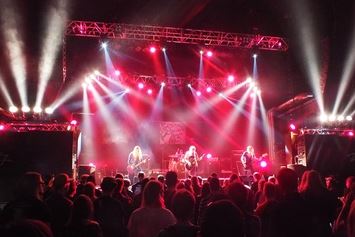 Switzerland also gets just 1 show, on July 30th, in Pratteln at the famous Z7. Gig in Switzerland will take place at the very end of their tour. Most of the shows are played throughout Germany.

“The Hooters” have this tendency to focus on Germany during their shows. It’s no wonder really, they are very popular there, just like David Hasselhoff. Since I’m based in the UK, I usually have to travel to see their shows, but I don’t mind. I like to think of traveling as an added bonus to seeing their shows. It would be great if they added more shows to their US tour, the US audience is somehow always ignored by the band.

NOTE: for all of you that will be following us on our Europe tour, please take a look at Zen Travel Croatia, company that will be selling tickets for our concerts. They can also organise your complete European trip, including transport, accomodation etc etc.

I’ve also setup a special page dedicated to social profiles of the band where people can get in touch with the them directly using social media profiles. This form is for contacting me directly.

Use it if you have any kind of questions about the website, or if you would like to help out. Any help is welcome, and what

I would especially like to see are new content submissions, or at the very least new content ideas. I do have a day job, so it’s not always easy to post here on a regular basis.

I hope that with your help we can make this website a great hub for other “The Hooters” fans out there. Cheers.